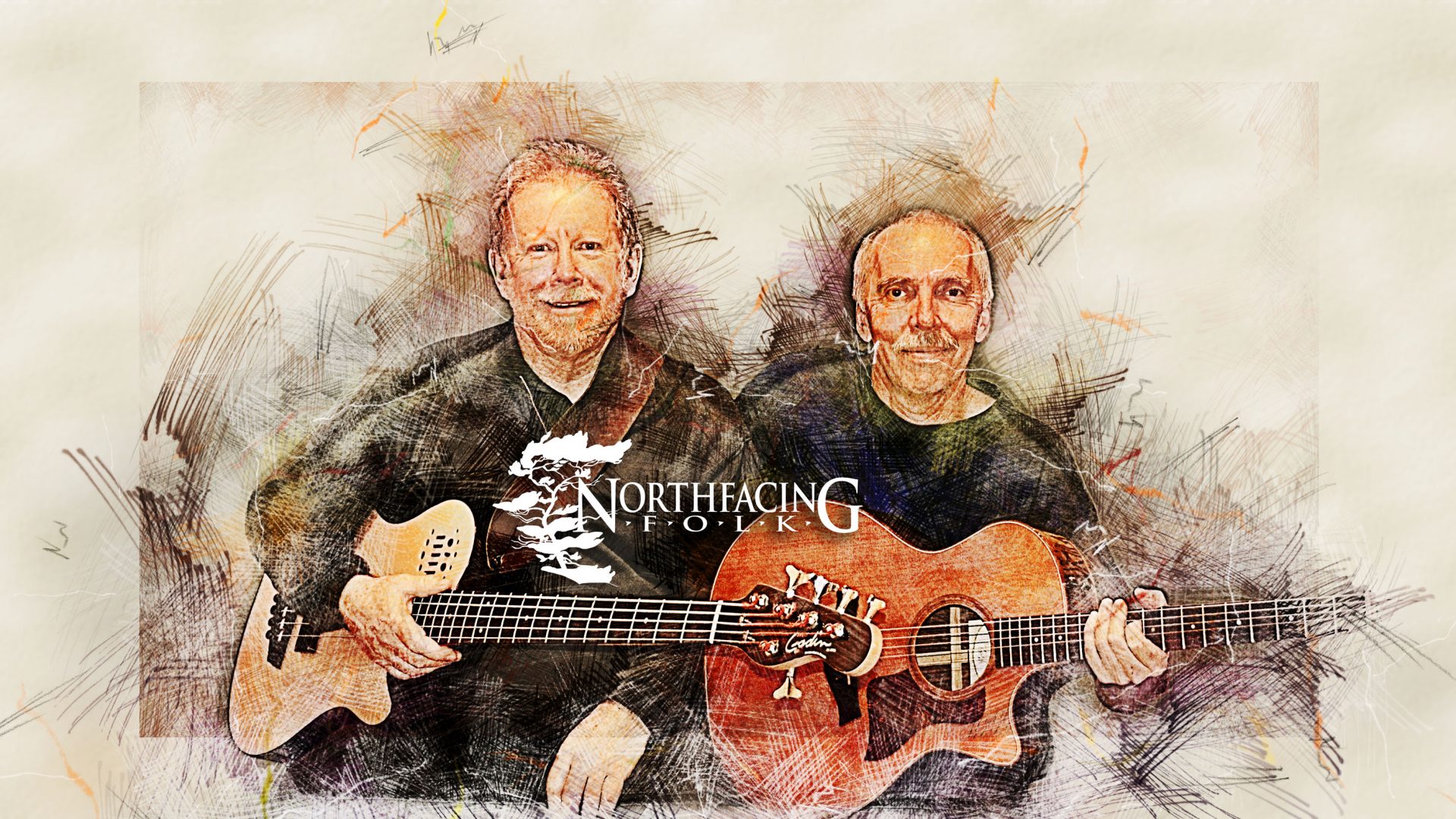 NorthFacing Folk is Verdon Vaillancourt and Ken Hull and friends. Verdon and Ken have been active in the music industry in North Bay for far longer than either want to talk about 😉 Their paths crossed many times over the years, playing together in different bands and at numerous events, primarily with Verdon playing drums and Ken on bass. Sometime around 2012 or 2013, Verdon was doing mostly solo folk/roots gigs with a guitar. A chance conversation with Ken led to the idea of seeing how a bass would fit with that concept, a casual jam confirmed it, and they haven’t looked back since.

They’ve tried several different configurations over the years, but keep returning to the duo. Several friends of Verdon and Ken rehearse with NorthFacing Folk regularly, and when the venue or the occasion allows, NFF quickly can re-configure to put 3 or 4 or 5 musicians on stage. This has proven to be a flexible and popular concept.

NorthFacing folk plays a wide variety of folk and acoustic easy-listening standard, classic rock, country, and roots of all sorts. With a primary focus and passion for Canadian songs, NFF has a large repertoire to draw from, to suit the room or occasion. Have a look at our song list below, check out a few samples, then contact us for bookings or further information.